The first step of the SeaTC project successfully completed! 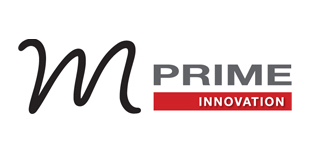 The SeaTC consortium, laureate of the Marine Technologies Bricks AMI launched by ADEME in 2014 and coordinated by M Prime Innovation, has successfully completed the first development milestone for its contactless submarine connector.

The SeaTC is an innovative submarine electrical connector for connecting submerged tidal turbines and wave generators. This new device, designed by M Prime Innovation, allows generators to be connected to the network without contact, and without degrading the energy efficiency of the connection.

The first stage of the project resulted in an optimized version of the SeaTC device and confirmation of the project’s performance and cost objectives. It will be immediately followed by the realization of a prototype of 300 KVA which will first be tested in the air and then immersed in water by the end of 2015.

The development of SeaTC is a collaborative R & D project that associates in the SeaTC consortium 4 leading partners:

The SeaTC project has a budget of 3.8 million euros and will be supported by 1.8 million euros by Investissements d’Avenir. It will lead to the sea trials of a 2MW demonstrator after the prototype tests to be ready for the connection of the first commercial turbines.

You can find out more about which cookies we are using or switch them off in settings.

This website uses cookies so that we can provide you with the best user experience possible. Cookie information is stored in your browser and performs functions such as recognising you when you return to our website and helping our team to understand which sections of the website you find most interesting and useful.

Strictly Necessary Cookie should be enabled at all times so that we can save your preferences for cookie settings.

If you disable this cookie, we will not be able to save your preferences. This means that every time you visit this website you will need to enable or disable cookies again.